This collection explores the idea of warrior women (Amazons) and the female hero.

In a world predominantly ruled by the “male agenda” with patriarchal systems all around us, women are made to feel they have to “man up” to compete or participate in this day and age.

But there are women everywhere becoming warriors for their own female cause. Women do not need to adapt to male roles. Gender roles are a manufactured concept by our society. Amazonian feminism emphasizes female physical prowess as a means to achieve the goal of gender equality.
From Amazonian tribes of women in Greek mythology, Suffragettes in the late 19th and early 20th century and the latest FEMEN movement which call themselves sextremists are political protest and gender protest movements challenging the hypocrisy and archaic ideologies of the “all boys club”.
My army of Amazonian warrior women are an artistic statement and protest as well as a way to celebrate womanhood and the many strong warrior women I have admired and been inspired by. Each of my Amazons represent something about women’s rights and liberation.

This collection is far from finished… 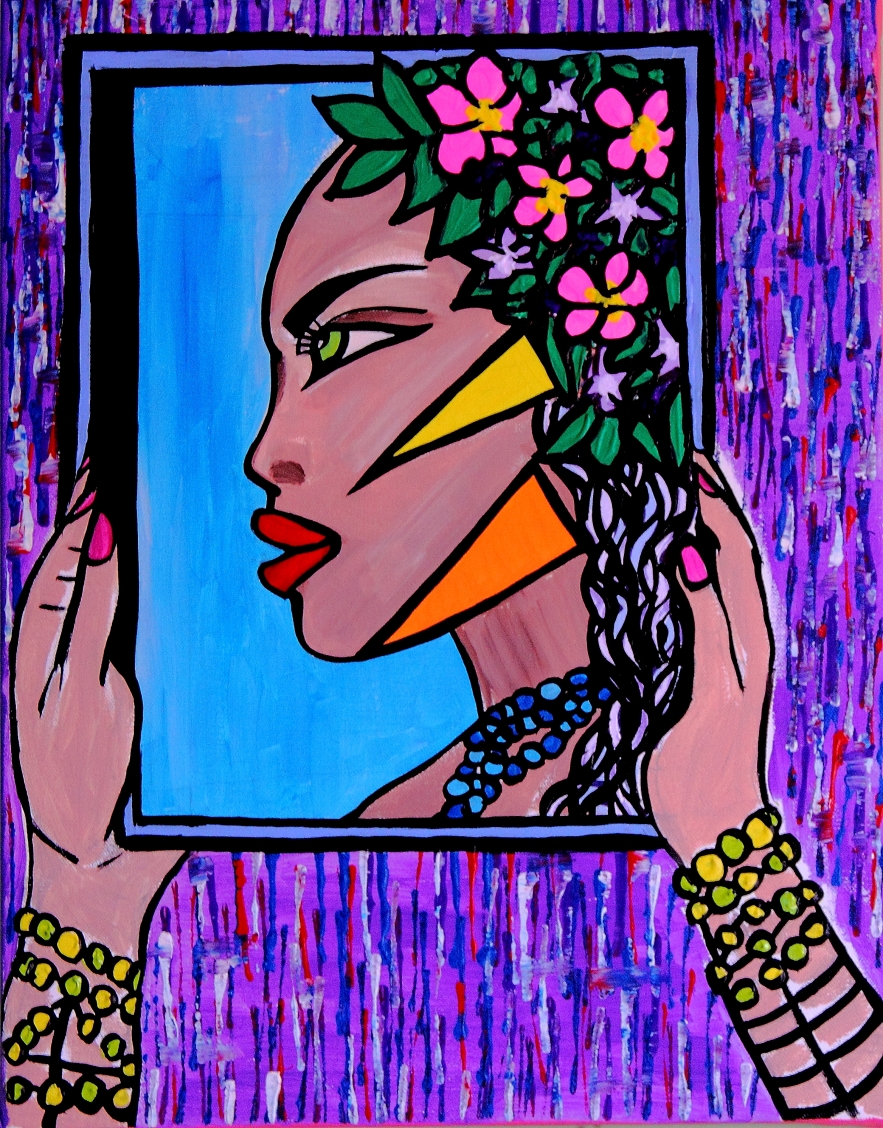 Find Your Warrioress – By Charlotte Farhan

Finding your inner warrioress as a women can be challenging in this world. This is an empowerment piece on how to channel this inner warrior and how to set her free.

This is symbolic of the enslavement of women and their sexuality by the prevalent patriarchal society which still dominates the world. Portraying women as morally, intellectually, and physically inferior to men; seeing women as the property of men; It has been passed down through our history and many men in power have propagated and claimed that women’s role in society was to reproduce and serve men in the household; and saw male domination of women as natural and virtuous. This still exists. Women have to be a certain ideal. Women are made to feel they are more or less according to their sexuality, reproduction, morals, work and faith. All whilst still being beautiful for male amusement.

“As anarchism is a political philosophy that opposes all relationships of power, it is inherently feminist” (L. Susan Brown)

This depicts the want for freedom with both men and women from the rigid gender roles that society has imposed upon them.
Our gender system has created oppression and the female war has a mission to overthrow this system by any possible means. We believe that we must wage a war against patriarchy and the gender system which confines us to these rigid social roles. We must completely reject these roles, all aspects of patriarchy.
The domination of women is the oldest and worst kind of oppression in the world. This is because it spans across the world oppressing women of different races, ethnicity, classes and culture.

She is a warrior – By Charlotte Farhan

I like to think of myself as a survivor or more accurately a warrior. I have fought battles and defeated negative armies. I like the visualisation that my inner warrior is in control and can defeat negative thoughts instantly. 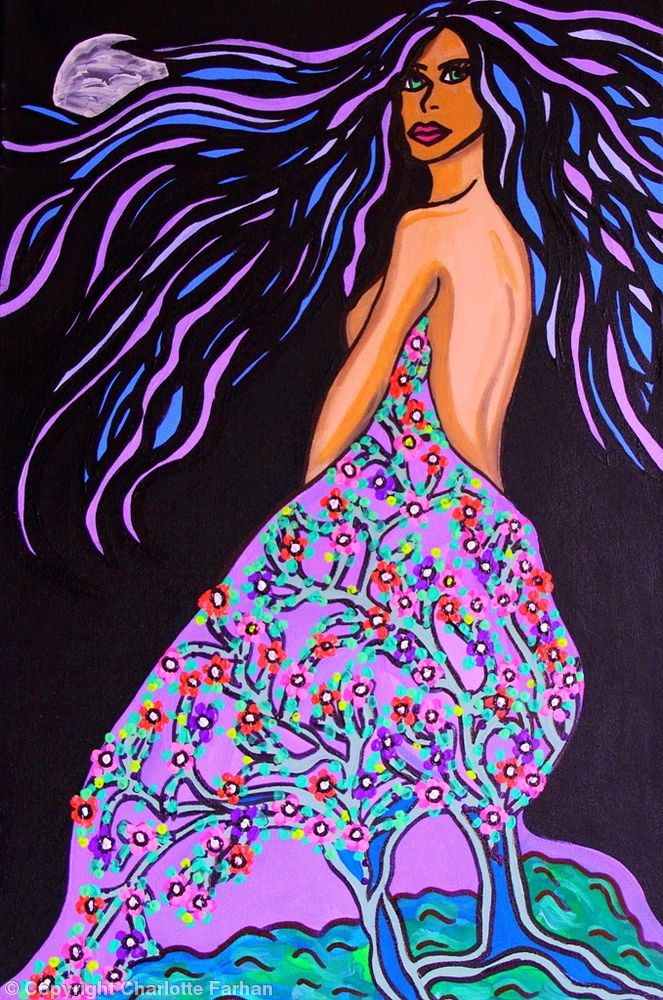 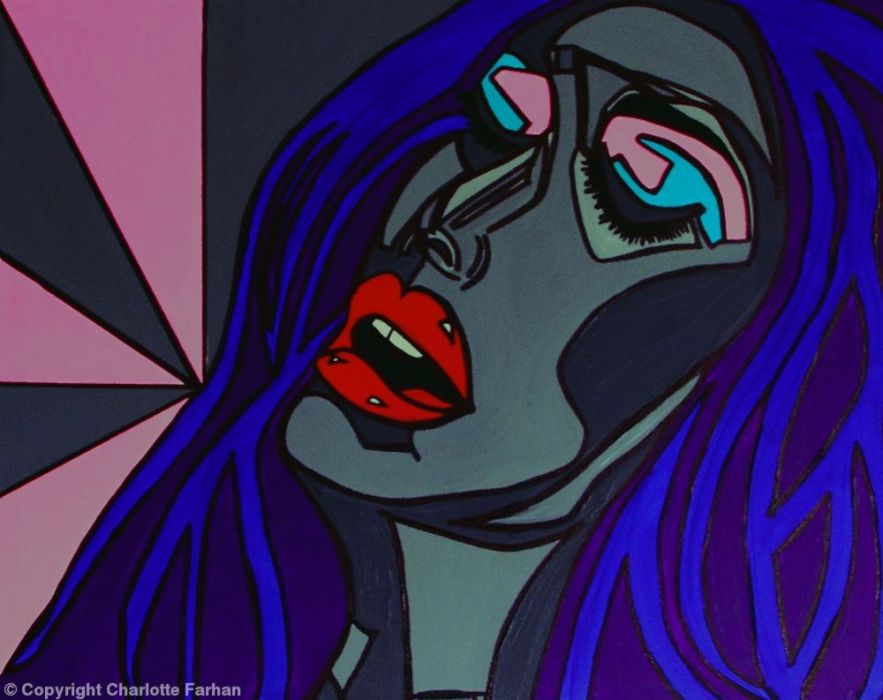 Flowers in her Hair – By Charlotte Farhan

For information on available originals or prints for purchase or for galleries wishing to exhibit these paintings in their venues please contact using the form below.