As an activist and campaigner I fight everyday to end stigma against the mentally ill and do this as a person who has been stigmatised since being a child – for my disability due to neurological damage from trauma and my genetic neurodiversity.
When there are mass shootings, murders and acts of terrorism the common labels are thrown about. Now I can not stop people from using words which stigmatise the mentally ill in everyday life, as this would be impossible, the words which come out are often misguided or just common place. However this does not mean they do not have an affect on me, and our community.  In challenging these reactions and the usual rhetoric we must first admit that there is an issue, that words are not just words – they have impact and consequences. We must look at labelling, stereotyping, cognitive separating, emotional reactions, status loss, and discrimination. As we must do with all the diversity in the world.
As someone who is married to a Muslim, my husband and I often sit there and see which one of us will get the blame when a news report states a mass murder or a shooting/stabbing/beheading, more often than not, both of us do. A mentally ill, Islamic terrorist is normally the go to. However if the individual is white – then no religion or political persuasion is highlighted, but mental illness as a label and cause remains. None of these factors are relevant in the end, as the criminal was a murderer – a killer of humanity at its essence. Hate has no religion, disability, sexuality, gender, race – hate is hate.
However I am speaking as a mentally ill person so this is my voice and focus.

So I ask you to remember this when you next go to use a label associated with mental illness / disability / neurodiversity:

When YOU use the words: nut-job, psycho, maniac, crazy, insane, psychopath, nutter… to describe criminals and their actions YOU put us back in the dark ages.
When YOU associate mass murder with mental illness you demonise us.
You put me and others in danger.
You isolate the already isolated.
You cause further illness to us.
You criminalise us, which we have been fighting to end since the asylums closed.
You excuse hate and name it “mental illness”.
You echo the rhetoric of the far right, the fascists, the eugenicists, the people who have robbed us of our humanity and freedom, the people who want us destroyed.
You take away our civil rights.
You hand us the knife, the noose, the pill bottle.

You are part of the problem and YOU need to STOP!

Could non disabled / neuro-divergent / mentally ill people
STOP speaking for us!
Stop pushing us down with your privilege!
Stop telling people how “we” feel.
Be our allies – support us, just DON’T speak for us. 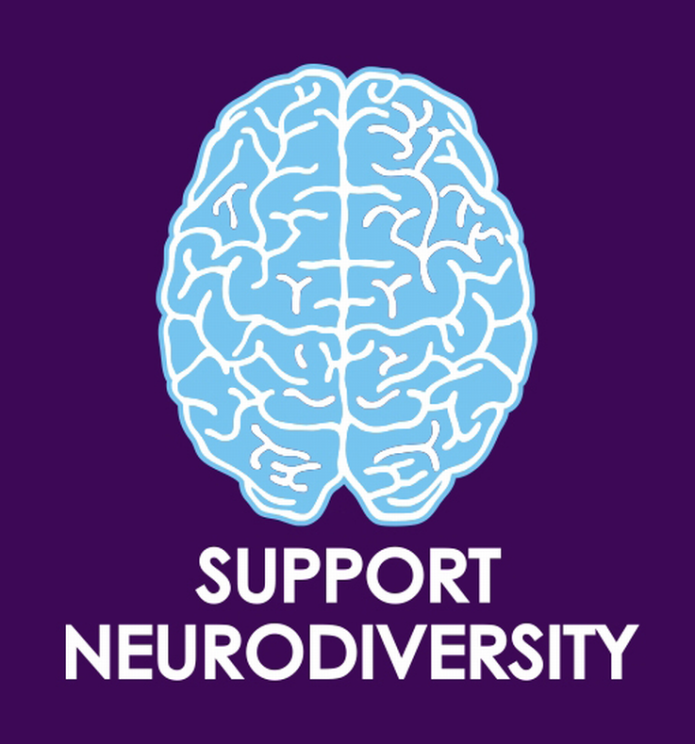 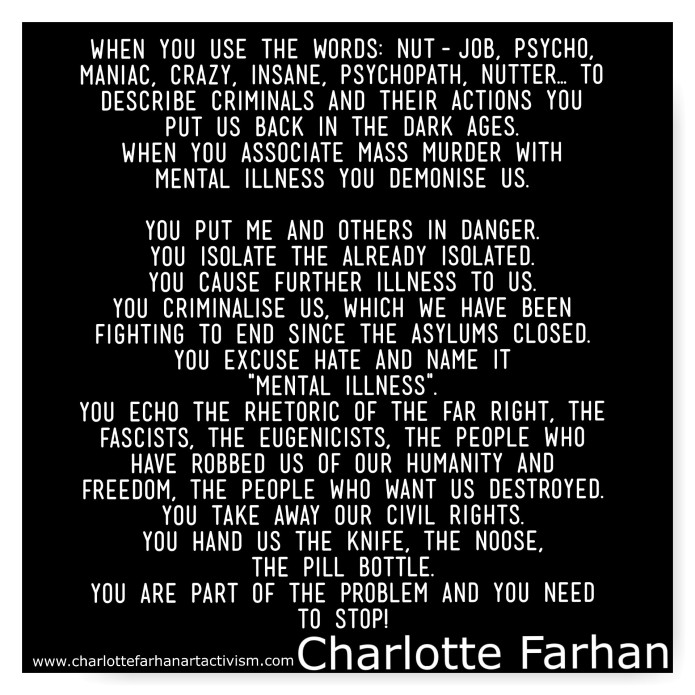 By ArtSavesLives Charlotte Farhan
On June 17, 2016
Leave a comment